In most workplaces, conflict develops through everyday misunderstandings. Differences in style and expectations generate resentment, avoidance, aggression and other destructive thoughts, feelings and behaviours.

The strongest negative feelings associated with interpersonal conflict are anger, fear and contempt, which predispose people to disengage, or to engage destructively.

Once they are in a state of conflict, people identify others as the problem, cling to their own fixed positions, feel that they can only win if the others lose and insist on their own subjective criteria.

People in conflict find it hard to engage constructively until they have acknowledged the sources of the conflict, and have begun to transform conflict into cooperation. ADR approaches facilitate this kind of change in thinking and behaviour.

The exercise generates new insights and an accurate indication of what now needs to be done as a collective.

They include approaches such as feedback, mediation, facilitation and conflict coaching — processes that can be used as an alternative to, or alongside, more formal, rights-based models.

ADR processes and techniques are useful in managing a range of situations from individual performance to emotionally complex issues that can arise in working relationships. Recognising the best process for a given situation is critical and should be addressed early on, such as during the intake process.

ADR methods are informal, voluntary and don’t include litigation. While they are usually structured, they can be non-adjudicatory.

Importantly, they are based on four key tenets, that:
1. The best decision makers in a dispute are usually the people directly involved.
2. To effectively resolve a dispute, people need to hear and understand each other.
3. Disputes are best resolved on the basis of the people’s interests and needs.
4. Disputes are best resolved at the earliest possible time and at the lowest possible level.

Using the best process for the situation 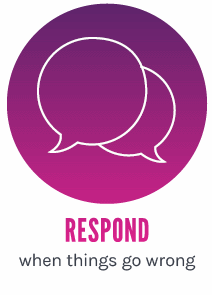